Combined posts: the secret to my having made it to the halfway point!

Day 14: Which tarot decks give you the most insight by way of the imagery and symbology of the cards rather than intuition or basic tarot knowledge – Elizabeth Harkin

I turn to the classics here: the Rider-Waite-Smith Tarot and the Thoth Tarot. I don’t necessarily “like” the symbolism in these decks. The RWS deck is far more Christian in its orientation than I am, and…well, a great deal of the time, I’m not sure where the Thoth deck is even going. But for me to read using the imagery and symbology of the cards, a deck needs to have them in the first place, and both these decks exult in them. I respect these decks for that. Now, I don’t know as I get more from the imagery and the symbols than via my intuition or my grasp of the basic card meanings. They’re all mixed together for me. 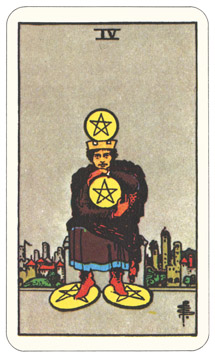 Ooh, the prompt makes me think of an emergency tarot bag, packed and waiting by the front door, to be grabbed as I run out the door to a crisis. Except my life is not quite that interesting, and I don’t keep a bag ready to go. But when I do take tarot somewhere, it’s basically a tarot deck or two (lately, that would be the Sun and Moon Tarot and maybe the Happy Tarot) and a Lenormand deck (probably the Dondorf Lenormand). If I’m really prepared, I’ll throw in a notebook and pen as well, but I may just rely on getting a photo if I need a record of any reading.

View all posts by Silvernfire